You are offline, the product will be added to cart once you are online on product availability
The products are being added to cart which are added while offline

So sorry! We just sold out of this popular item. It should be back in stock very soon, so please check back with us.

So sorry! The quantity you added is more than what's in stock. Please reduce the quantity and try again. We apologize for the inconvenience.

Product quantity cannot be greater than 99

Short on time and looking for our most-loved sewing essentials?  No worries, our Heavy Duty sewing machines and Accessories (ALL on sale!) are sure to please.  Everything ships FREE, so there's no better time to restock your sewing room and supplies.  Happy sewing from the SINGER family.

For Mother’s Day my nieces and I wanted to create something unique and special to gift to their mom.  Being the awesome person she is, the girls try to be just like her.  They constantly follow her around, trying to do everything she does.  So I decided that we should create slippers with their footprints in them, symbolizing that they will always follow in her footsteps.

Being a beginner sewist, I knew I was taking on quite a challenge, but the result was going to be well worth it!  I began with a test sew using paper.  I’m so glad I did a test sew first.  It not only helped to build my confidence, but I also learned a couple of key points before executing on the final fabric. 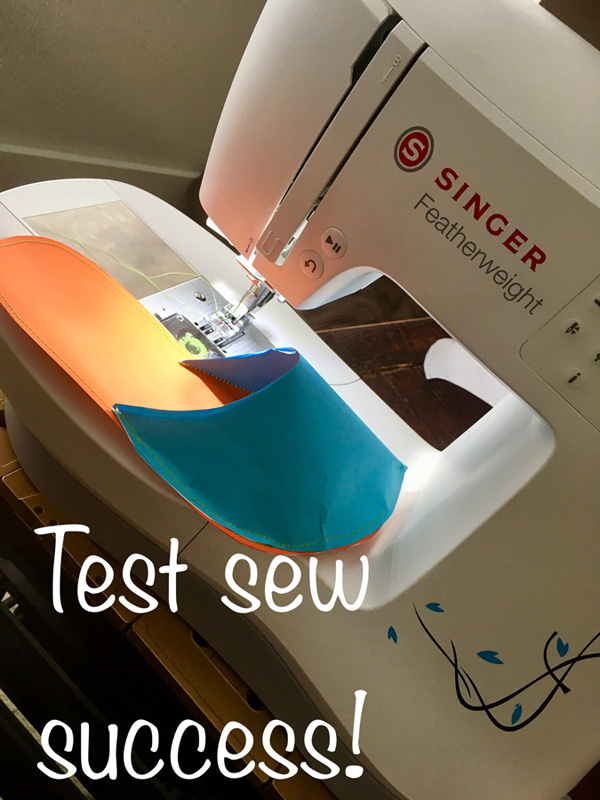 First lesson learned. Be sure to trace and cut out the pattern on the right sides!

Second lesson. The programmable needle up/down is super helpful when sewing around the curve. 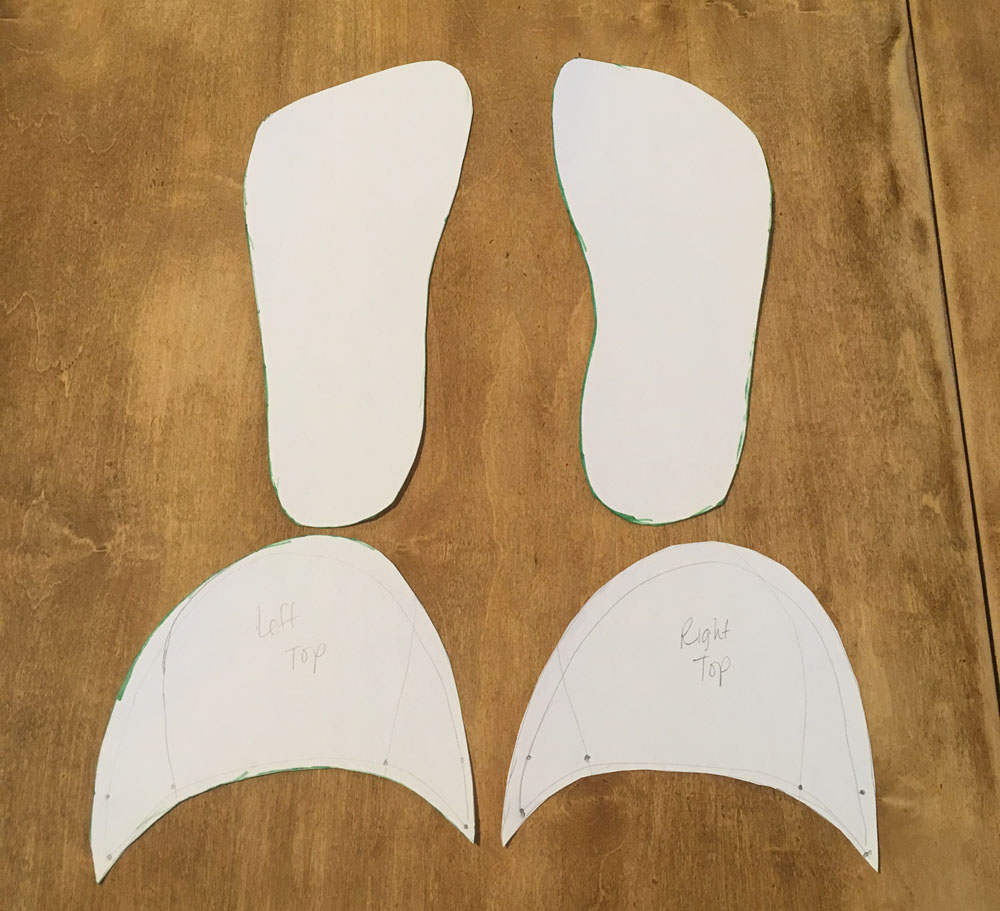 After my test sew came the fun part – at least it was fun for my nieces. I painted the bottom of their feet, which apparently is very ticklish. There was a lot of squirming and laughing involved.

We pressed their feet onto the precut fabric pattern, let it dry for about 20 minutes, and then it was time to sew all of the pieces together. 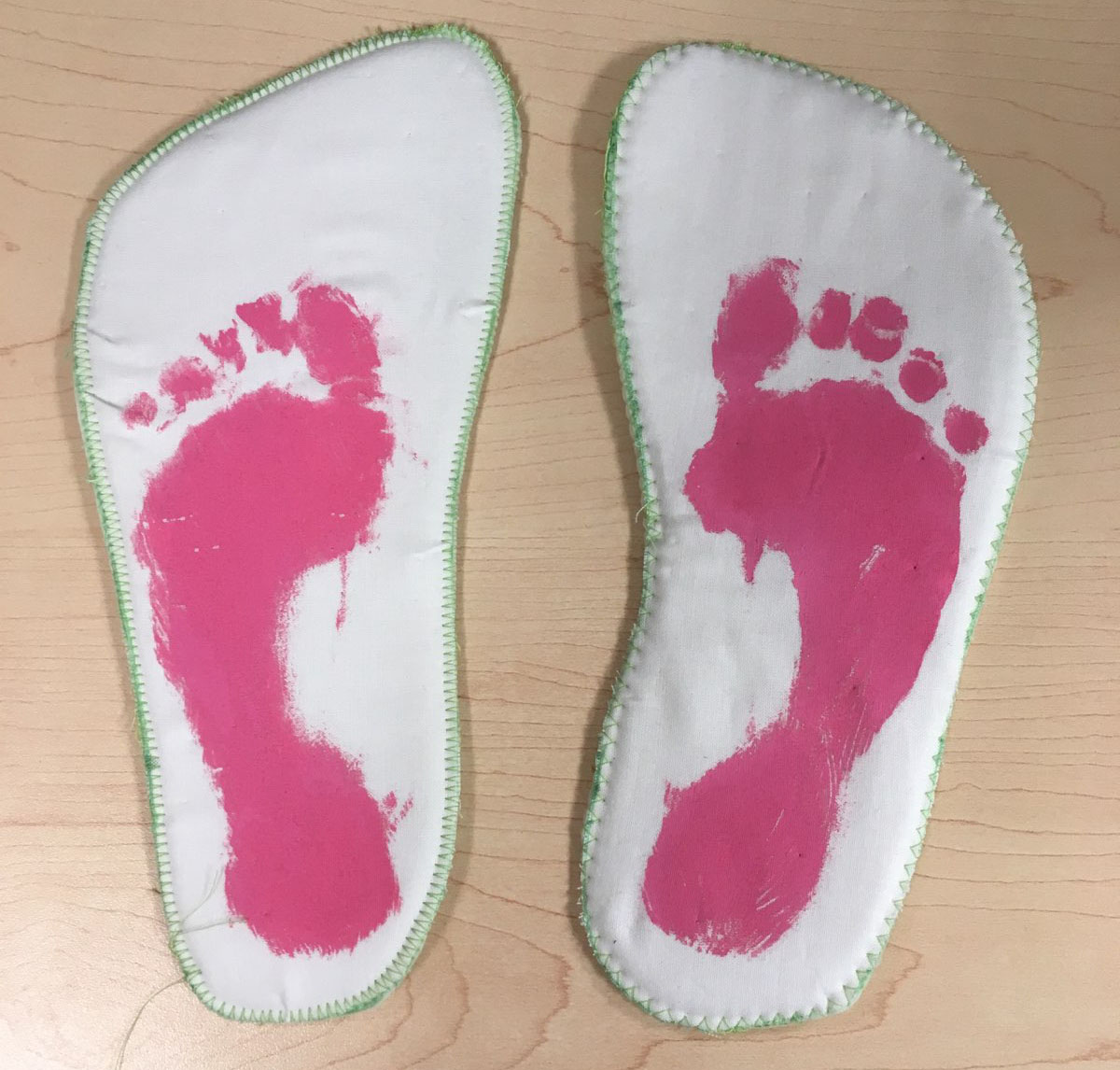 Following the steps on the project sheet made sewing all of the pieces together pretty easy. The tricky part was attaching the bias binding. One helpful hint I was given was to pin the bias binding onto the slipper, then using a steamer, go around the curve to help the binding conform to the shape of the slipper before sewing it on.

And voila! Our very special, one-of-a-kind slippers were completed! We know she is going to love them, and we had so much fun making them together. 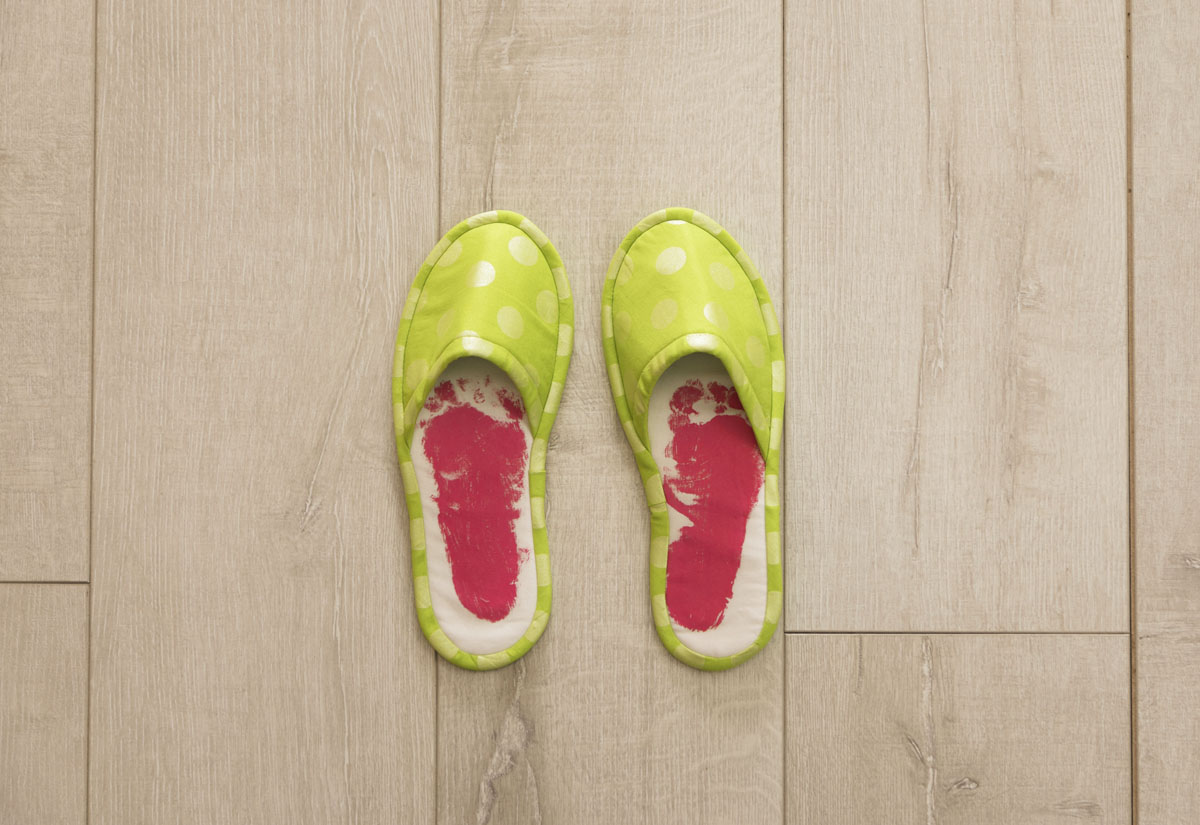